The 33-year-old Cristiana Ronaldo is one of the richest and most famous soccer players of all time.

He plays for the national team of Portugal and Spain’s Real Madrid team. With the net worth of $400 million, he has become the highest paid athlete.

He is at No.3 now with a salary of $61 million and $47 million bonuses which he earns from endorsements. 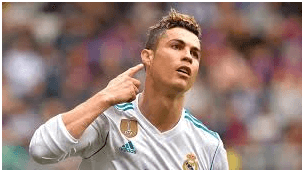 In July, he made an announcement of leaving Real Madrid and switched to famous Italian Club Juventus. Juventus has signed a four year deal with Cristiana Ronaldo for $131.5 million.

This deal has broken the record of previous Series A league in which Juventus paid $99 million to Gonzalo Higuain. He was a player from Italian Club Napoli.

Cristiana Ronaldo was fined for tax evasion before the 2018 World Cup for which he paid the $21.8 million as a fine.

According to El Mundo, a Spanish Newspaper the reason of leaving Real Madrid was the imposing of these hefty fines on him.

The associated press reported that signing a deal with the Italian Club is beneficial for him as according to new law caps tax of Italy.

Cristiana Ronaldo is not only the richest athlete but also a popular face among the fans.

His popularity is visible through his huge followers on social media. He has more than 322 followers, 122 million on Facebook and 129 million on Instagram. On Twitter, he has around 74 million followers.

You may also Like: What is the Net worth of Lebron James?

How he makes money and how he spends his millions?

The famous athlete was not born rich. Cristiana Ronaldo was born in Madeira, Portugal On 5th February 1985. Life was not easy for the youngest of all siblings. He has two older sisters and a brother.

Their family’s stability was depended on his Mom who did two jobs as his father was not at all earning.

At the age of 11, he moved to Lisbon to join a sports academy. He usually got homesick but his parents did not have enough money to afford a regular visit to him. They visit him in every four months.

Soccer was the only thing that kept him away from loneliness.

In a letter to Player’s Tribune, he wrote-“Football kept me going”.

The career of Cristiana Ronaldo 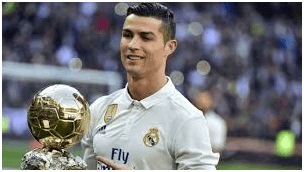 In 2009, he signed with Real Madrid. He scored 450 goals scored ever by a single player of Real Madrid.

He broke dozens of records and won many awards throughout his career. For five times, he is tying with Lionel Messi won the FIFA’s player of the award. No other player has come close to the record goals of these two players.

The skills and abilities of Cristiana Ronaldo made him recognized by other football clubs who tried to include him in their team. He made 197 appearances in matches and scored a record-breaking 200 goals.

According to the report of Forbes, in 2017, he earned $93 million from endorsement deals and soccer salary. Till the year 2021, he has a contract of $50 million with Real Madrid. The estimated net worth of Cristiana Ronaldo as of 2019 is $450 million.

Among his endorsement deals, one with LeBron James and Nike Michael Jordan are the lifetime deals. The deals with two brands are of worth around $1 billion. It was signed between them in the year 2016.

His other sponsorships and endorsement deals include deals with American Tourister, Tag Heyer, EA Sports, KFC, Herbalife and more. He has signed deals with many popular brands.

Among his deals with so many brands, he has one unusual partnership with a steel company of Egypt to gain a good market share in Egypt.

CR7 is his own clothing line which is named after his jersey number 7.it includes kids clothing, fragrances and many more. Under his CR7, he has hotels as well. It is also reported by Forbes that he is planning to open a restaurant.

He has a Cristiana Ronaldo: kick’n’Run, a smartphone app and a selfie app for his fans. His fans can take a selfie using that app with a feature of photoshop Ronaldo into their selfies. He also owned a museum named Museu CR7 in Portugal.

With his social media presence, Cristiana Ronaldo earns $176 million as per the report by Forbes.

Cristiana Ronaldo likes to splurge which he does by having a serious collection of cars. He owns some of the best cars in the world like Lamborghini Aventador, Maserati worth of $300,000.

Cristiana Ronaldo also owns a Ferrari of worth $320,000 but unfortunately, it was crashed in 2009. He also has $3million Bugatti. He also owns high-end luxury cars such a Bentley, a Rolls-Royce and an Aston Martin.

His $5.6 million worth villa in Madrid is among his numerous houses. He had an $18.5 million apartment in Trump Tower, NYC in 2015.

However, he had to move out of the apartment last year due to his fans who asked him to move out. 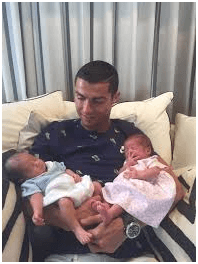 Cristiana Ronaldo has a daughter with his present girlfriend. He has also dated Irina Shayk who is a model. They were in relationships for 5 years.

Cristiana Ronaldo not only makes money but also spends it for good cause. He helps many charity organizations such as Be The1Donor.com and Saves the Children.

He spread awareness to donate blood among his fans and has donated for adolescent cancer patient of Portugal.

Cristiana Ronaldo has also paid for the brain surgery of a 10-year-old kid as per the report of the business insider. With his good work and game, he is still stealing the hearts of billions.