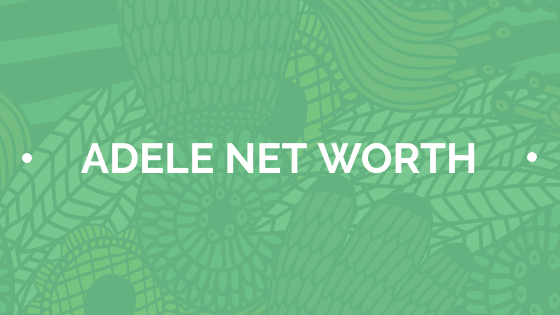 The Amazing way Adele grew her Net Worth

Adele Laurie Blue Adkins, the Grammy-winning artist has a huge fan following since decades. The international superstar Adele has released three albums named on her age at that time-19, 21 and 25.

She is now 30 and is all set to release her fourth album. Here, is all about the net worth she earned over the years.

How did she become famous?

This student of BRIT school became famous during school time when was recording a demo for a class assignment. Her performance was recorded and uploaded by her friend to MySpace. 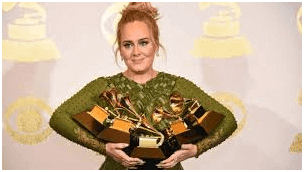 Few record executives heard her voice and signed a contract with her. Just after a few months of her graduation, her first album-19 was released in 2008.

At that time she was 19. In 2008, she appeared on a show which becomes a booster for her career. The show- Saturday Night Live has uplifted her career and her album 19 became the top download.

In 2009, she won her first Grammy for Best New Artist. Her album 19 was certified as triple platinum.

The album 21 built her $27.8 million that reported her on celebrity earnings. Adele also produced top 5 albums and two top 5 singles which ranked her to the 50 Cent and Beatles.

Adele has won six Grammy awards in the same year. Her second album broke many sales records and chart.

This international superstar built all her net worth only through music. She believes that endorsing any products undermines her artistic integrity. All she has earned is through tours and her music sales.

That year she earned $69 million. Since 2015, she has not released any new music albums but still, her net worth is still growing.

It is estimated that she was an artist of worth 140 million pounds by the year 2018. This net worth is equivalent to $185 million.

Her “Hello” music video generated 50 million views in the first 48 hours of release making the biggest debut at YouTube.

The song remained at No.1 on Billboard chart of Hot 100 for continuous 10 weeks. The song remained for 26 weeks on the chart. Her biggest songs from 21 albums include “rolling in the deep”, “someone like you”, “set fire to the rain”.

The song someone like you remained on No.1 on billboard and chart for 39 weeks.

Rolling in the deep also remained on the No.1 Hit and on a chart for 65 weeks. It was the biggest selling song by a woman in the U.S.

Set fire to the rain was a painful song about a breakup which climbed to No.1 on Billboard chart and stayed on charts for 43 weeks.

Adele is a world-renowned songstress artist and for powerful lyrics and commandeering voice, she has received lots of awards. This includes 15 Grammy awards which she won from 2008 to 2016.

She won an award for best new artist and female pop vocal performance after the successful debut for her album.

She won 6 Grammy awards which are even won by a female artist in an evening. She won them in tying with Beyonce.

In 2013, she has rewarded an Oscar award for the best original song. She has also won the Juno award and iHeartRadio music award in 2016 for international album and song of the year respectively.

She received MTV music video award in 2011 for rolling in the deep video, for best art direction, best cinematography, and best editing. She has won many awards to prove her talent.

Who is Adele’s BF?

She is happy with her husband and father of 5-year-old son Simon Konecki which is a no secret now. Simon was quiet about their relationship and kept it a secret until adele’s pregnancy.

In 2014, the superstar Adele was in news. The photography agency Paparazzi captured her private family photos for which there were arguments with Adele. 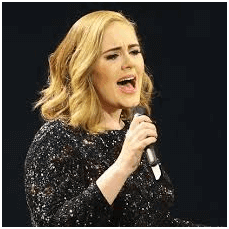 The incident was settled with a five-figure settlement and all the money of settlement was put in a trust which was saved for her son.

In 2016 when email account of Konecki’s was hacked and all the personal photos of their son and singer were released the couple was again in news. She is always against the breach of her privacy.

She is like all other artists who don’t disclose much about their next release. Her fans are waiting for the release of her fourth studio album and few signs of the release have been seen.

What will be the name of her fourth album? Will it be titled 29 or 30?

On Late Late show of James Corden Adele talked about her last album “25”. She said that she believes in trilogies and her next album is going to be like her.

What about the tours?

Her fans are asking about her next tour. Her vocal cord was damaged due to which she has canceled her tour in 2017. Therefore, there is an expectation of tour in the upcoming months.

However, no date is released yet. It is assumed that by the year 2020 she will go for a tour.

Adele said that she is not sure about next touring adding that she is bad at touring. This has made her fans sad but still, they hope to see her again and enjoy her commandeering voice.